The month of April saw the conclusion of the first release of marble trout fry born and raised in the Ghiglieri hatchery.

The young fry, only very few cm long, were released in sheltered areas of the Valsoera and the Campiglia torrents from which the brown trout had been previously removed. The presence of brown trouts, in fact, would have been a hazard to the fry on two accounts: as a possible predator and because of the risk of hybridization between the two species once the marble trouts had become adult.

The release operations were carried by BIOAQUAE researchers and Gran Paradiso National Park personnel in charge of surveillance, health and scientific research services. The young trouts were transported to the banks of the torrents in oxygenated tanks and, having reached sites selected on the basis of specific characteristics promoting the survival of the fry, were allowed to acclimate for about one hour so as to reduce the thermal stress and let them get used to the temperature of the torrent in a gradual manner. After the required time period, the fry were finally released into the torrent. Thus, right now, a few hundreds of tiny marble trouts are experiencing their first moments of life in the torrent that will be their new home!

Other release sessions will take place with slightly bigger trouts, about 5 cm long. In the coming months we will be able to evaluate the success of the release program and determine how many juvenile fish have settled in the torrent segments included in the project’s conservation initiatives. 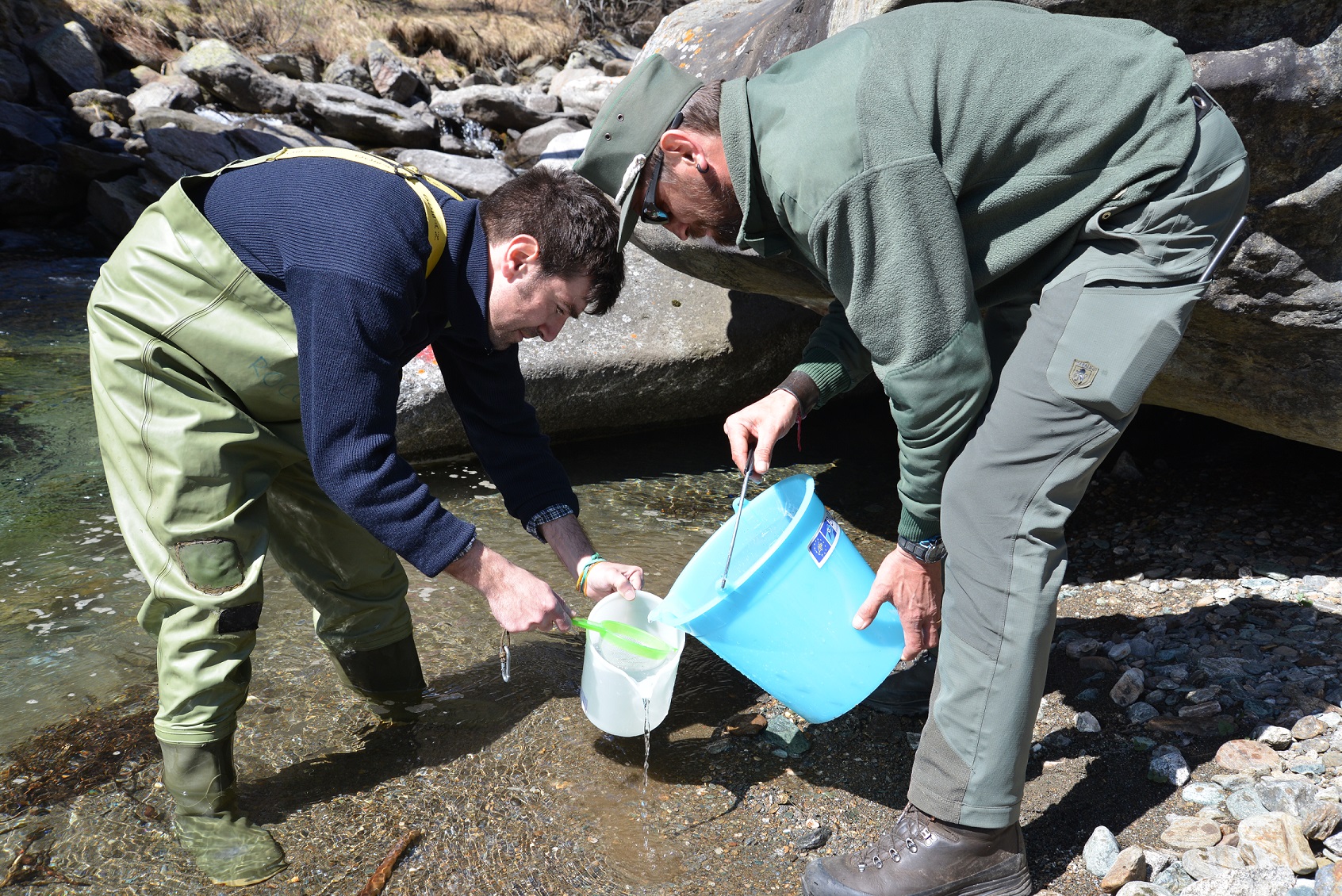