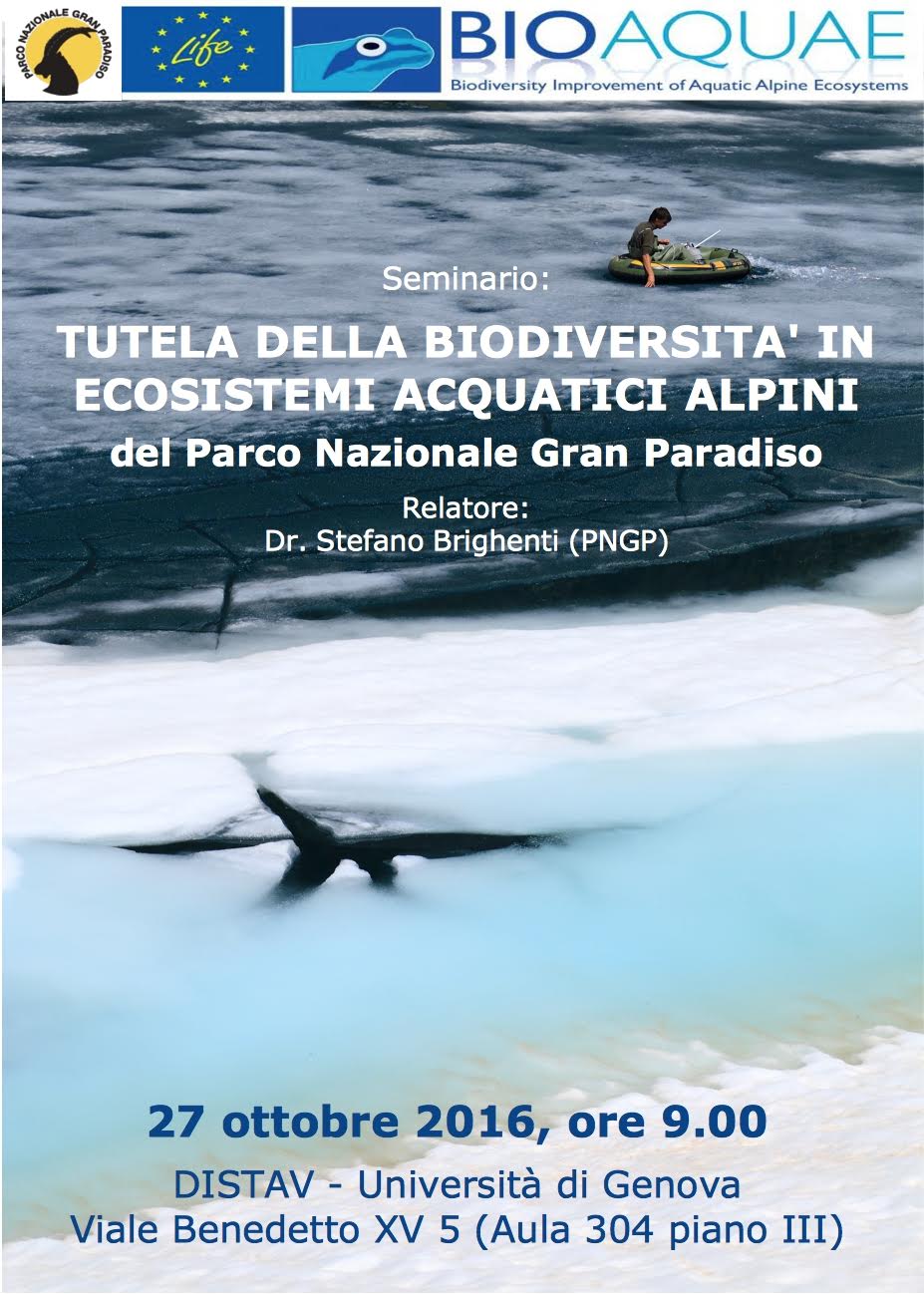 Almost at the end of the fourth season of field work it is the time to draw out the results obtained so far from the action of eradication of Brook trout (Salvelinus fontinalis).

The eradication action of Brook trout from four Alpine lakes of PNGP (Dres, Djouan, Black Djouan and Leynir) was launched in the summer of 2013 with a collective fishing and the subsequent positioning of the first fish-net. The work of the team of researchers has continued over time through constant control and cleaning of nets and session of electrofishing to capture even the smallest fish. Already after the first few months the number of fish caught declined rapidly indicating that the number of fish found in the lakes had decreased. However, to consider an eradication operation as ‘ completed’, at least one year has to pass without any fish caught. After four years of uninterrupted fishing eradication operations we have finally come to an end in Dres lakes, Djouan and Black Djouan and no fishes have been found in Leynir lake although the control period (one year) is not yet completed. In June 2016, the fish-net have been removed from Djouan and Black lakes and next spring will be the turn of Dres and Leynir lakes.

The ecological recovery of the lakes, however, is already evident in all treated lakes. The macroinvertebrates have responded very quickly to the elimination of fish and biodiversity is much greater than in previous years back to levels comparable to those of control lakes in which fish were never introduced. Reproduction of Rana temporaria has had much greater success than in the past in Djouan and Dres and 2016 lakes in the Lake Leynir occurred the first reproductive event from start of monitoring (2006-2016).

After four long years of work these results compensate all the efforts! But the work does not end here: in the coming years, researchers will continue with the monitoring of biodiversity to follow step by step the recovery of ecosystems and test the effects of these concrete actions for the conservation of aquatic environments.

On Saturday August 6 it has been organized an open day where all visitors and local people can go and visit the hatchery of Piantonetto, guided by researchers working on the project and BIOAQUAE guides.

The day begins at 10.00 and, up to 17.00, people can learn more about the actions in favour of the marble trout, including the breeding and release of young fishes.

On Sunday, August 7 is scheduled an excursion to Lake Djouan BIOAQUAE with a guide, who will explain the project and the main results in a' walk 'particularly pleasant!

See you soon with BIOAQUAE