How can an animal like the common frog (Rana temporaria), with no feathers and no fur, survive in the mountains the year round? While it is not surprising to see frogs hopping around an alpine lake on a warm summer day, how can they get through the winter? 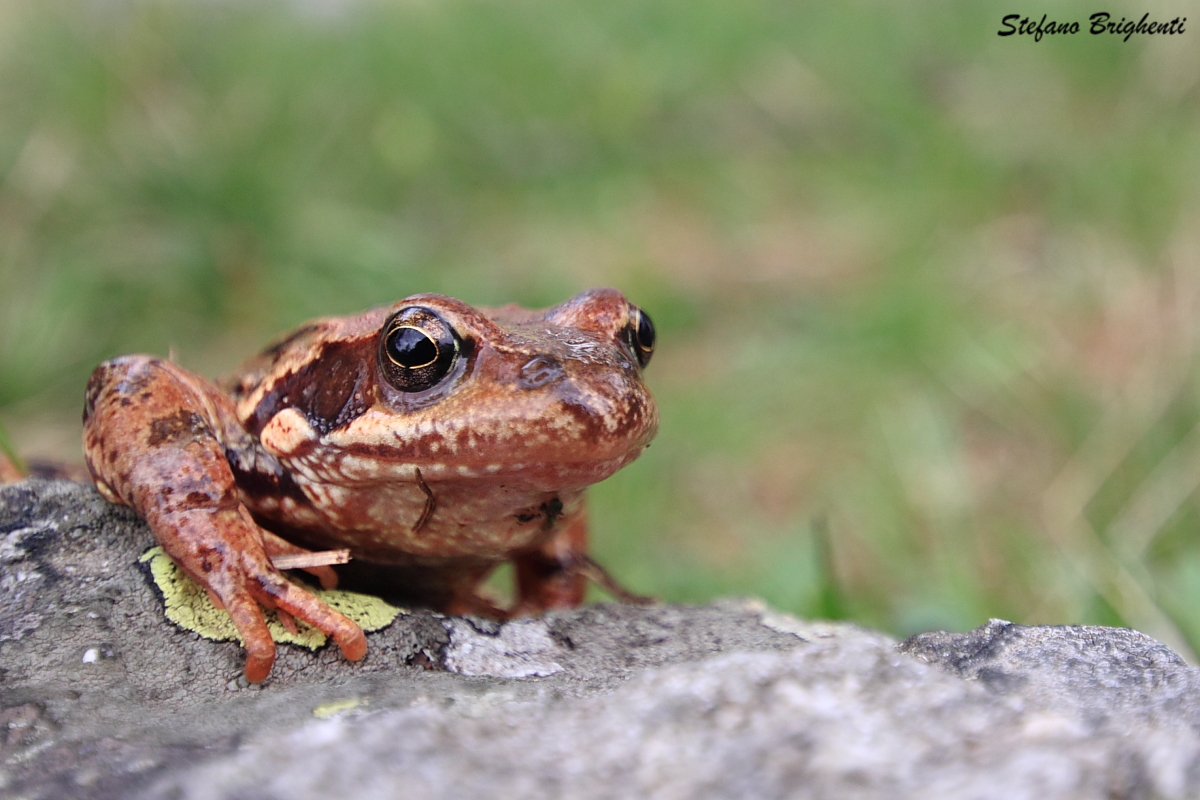 Like many alpine animals, the Rana temporaria spends the winter hibernating, at extremely low metabolic rates. But the cold winter months are long and notwithstanding its minimal energy requirements during its deep sleep, the frog must store plenty of food and energy in the summer. This is the reason why, after a brief visit to the aquatic environment immediately after thawing for their reproductive period, during the rest of the summer frogs spend a lot of their time eating. To this end, they move to their “foraging quarters” (normally prairies and pastures, but also rocky screes and shrubby or woody areas), where they eat virtually everything they come across. In a recent paper presented at the 10th Conference of the Italian Herpetology Society, the researchers of the Park demonstrated that frogs are not picky eaters…  If you are curious, take a look at the poster and download it here

The seasonal droving of cattle in the Alps, i.e., the alpine transhumance, is a  traditional practice dating from ancient times. Archaeological evidence places the beginning of transhumance economy in the Neolithic and, as far back as human memory goes, the Alpine landscape has always been associated with pasture grounds for cows, sheep and goats. Especially below the timberline, cattle grazing has preserved an ecosystem – the mountain pasture  – that is intrinsically unstable and, were it not for the presence of the animals, would have been claimed by the forest. This unique ecosystem hosts a biodiversity rich with endangered species of high conservation value. This is why the progressive abandonment of transhumance – as is observed along the entire Alpine arc – is often viewed as an adverse factor for the preservation of alpine biodiversity: a harmonious example of tradition and preservation happily coexisting. 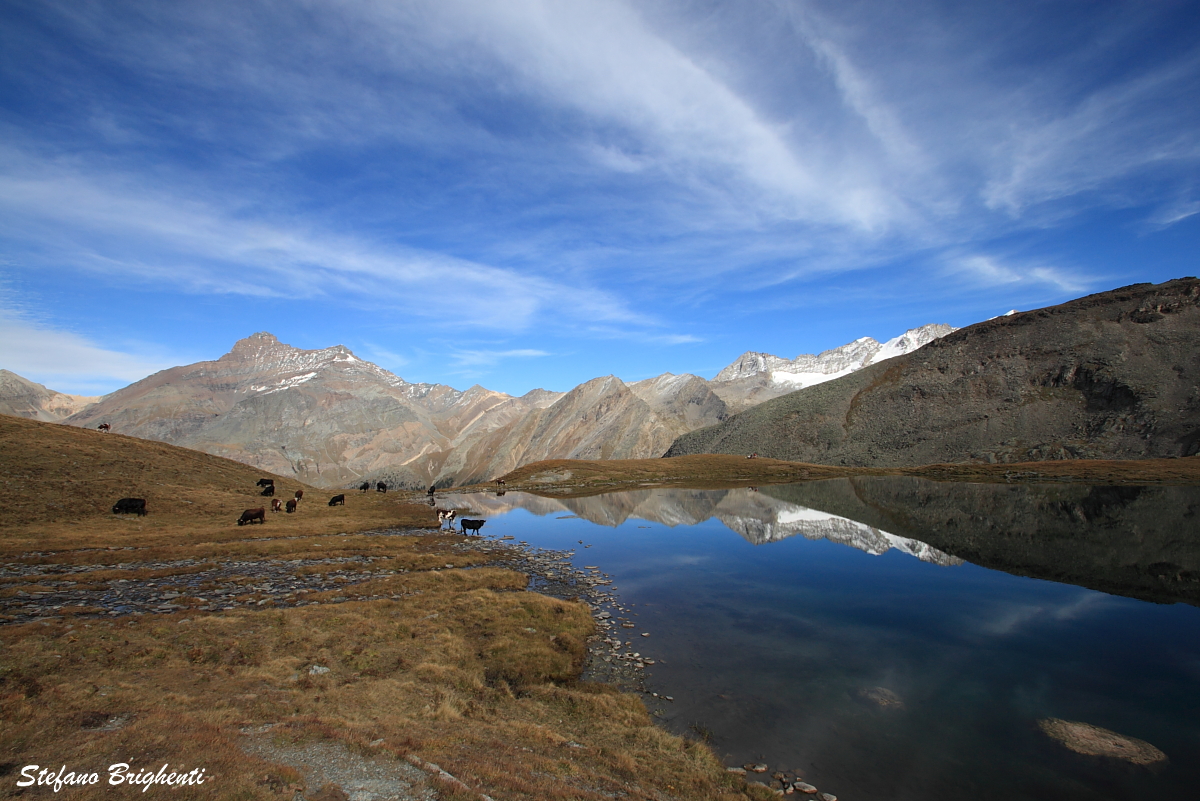 And yet, the presence of livestock at high altitudes is not without negative impacts on the ecosystems. A recent study correlates the presence of cattle in the alpine prairies with the trophic states of high altitude lakes in the Park. The presence of an exceedingly high number of animals causes an increase in the bacterial and nutrient loads and has negative repercussions on water transparency. Conversely, a moderate cattle load has no visible adverse consequences on the lakes, which remain clear and retain a low nutrient content. This study proves that the presence of cattle at high altitudes is compatible with the preservation of fragile, sensitive ecosystems such as the alpine lakes, whereas an excessive pasture load may pose a threat to biodiversity.

The problem cannot be addressed by adopting measures that would lead to a further weakening of the transhumance economy. Possible solutions include preventing the cattle from having direct access to the lakes (by setting up fences and installing alternative watering points), reintroducing ancient alternative practices (such as fertigation), and making use of new technologies, such as phytodepuration.

The BIOAQUAE project provides for the construction of a phytodepuration plant to treat effluent waters from the Nivolet pastures, where an excessive number of cattle has caused soil erosion phenomena and has resulted in severe organic pollution in the lower Nivolet lake.

On 29 of January a scientific seminar about the LIFE+BIOAQUAE project and mainly focused on the eradication action will be held in Blanes at CEAB. the seminar will be conducted by Dott. R. Tiberti.

On 30 September the long field season for the actions of eradication has finished.